Celebrating Black History should not be reduced to the shortest and coldest month of the year. Each February, we are given the short-sighted view of Black History.

Black History should be celebrated often. It should be discussed and understood. And this is best done by listening to the stories told by black people. It is about learning from those who came before us and made so many opportunities possible for us, but it is also about the present.

On our curated list of essential books for Black History month, you will find classics you know and love. But there are also titles and authors you have not heard of before.

Join us as we expand our knowledge of Black History through personal stories, political, historical, and social commentary: 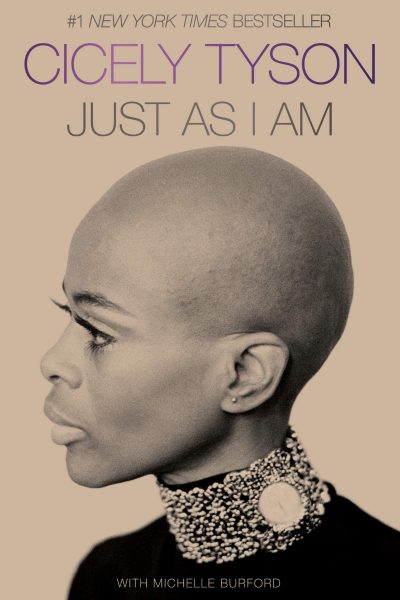 Just As I Am: A Memoir

The beauty, actress, artist, and muse passed away at 96. She graced the Earth with her presence and lived an extraordinary life. In her memoir, Just As I Am, Tyson promises to give readers a “plain and unvarnished” look at her remarkable life “with the glitter and garland set aside.” 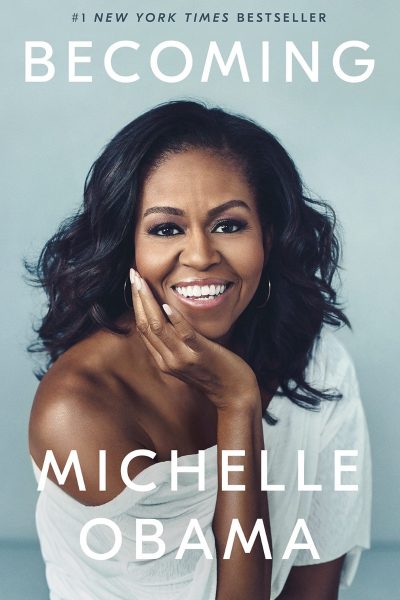 The first lady of the United States shares an intimate, powerful, and inspiring memoir. 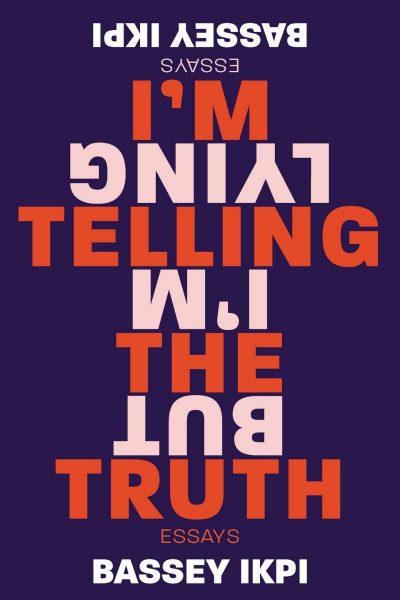 Bassey Ikpi was born in Nigeria in 1976. Four years later, she and her mother joined her father in Stillwater, Oklahoma. A move that would be anxiety-ridden for any child, but especially for Bassey.

Her early years in America would come to be defined by tension. Assimilation further complicated by bipolar II and anxiety that would go undiagnosed for decades 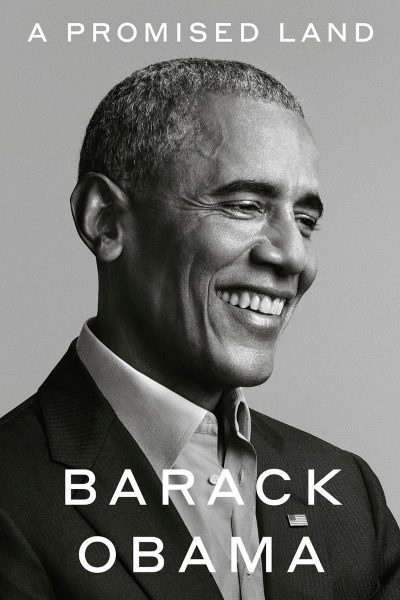 The former president’s fourth book, but this time around, he reflects on his political career, from his early races through his time in the White House.

A New York Times best-seller, Obama, said this book provides “an honest accounting of my presidency, the forces we grapple with as a nation. And how we can heal our divisions and make democracy work for everybody.” 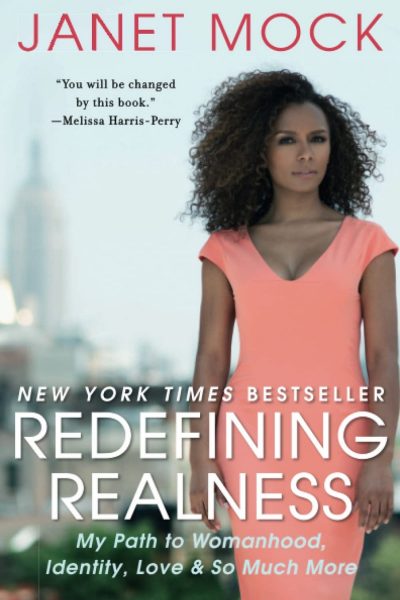 A New York Times bestseller, this influential memoir by Janet Mock (actress, trans rights advocate, and director/producer on FX’s hit show POSE). She chronicles her experience growing up as a multiracial, low-income, and trans girl in Hawaii. Both heartbreaking and inspiring. 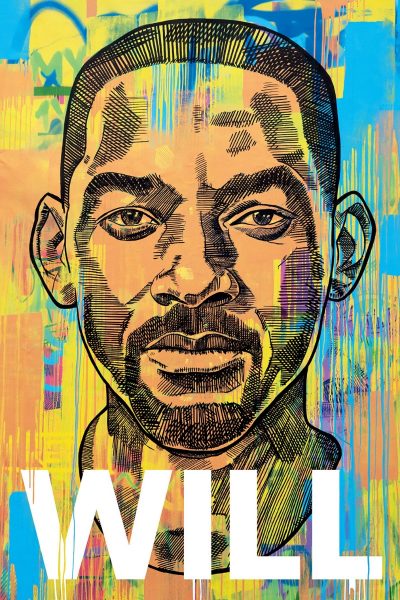 One of the most dynamic and globally recognized entertainment forces of our time opens up fully about his life. In this brave and inspiring book that traces his learning curve to a place where outer success, inner happiness, and human connection are aligned. Along the way, Will tells the story in full of one of the unique rides through the worlds of music and film that anyone has ever had. 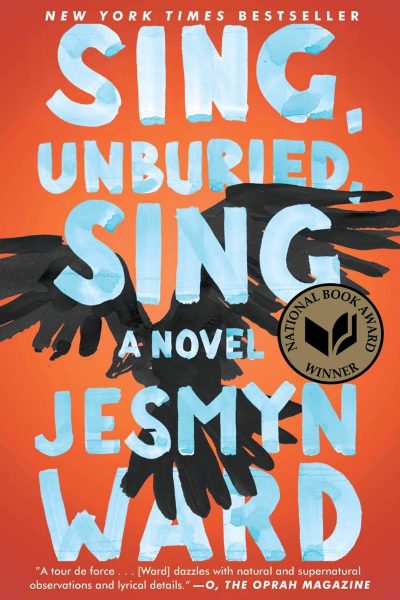 Jojo is thirteen years old and trying to understand what it means to be a man. He doesn’t lack fathers to study, chief among them his Black grandfather, Pop. But other men complicate his understanding: his absent White father, Michael, who is being released from prison. His absent White grandfather, Big Joseph, who won’t acknowledge his existence; and the memories of his dead uncle, Given, who died as a teenager. 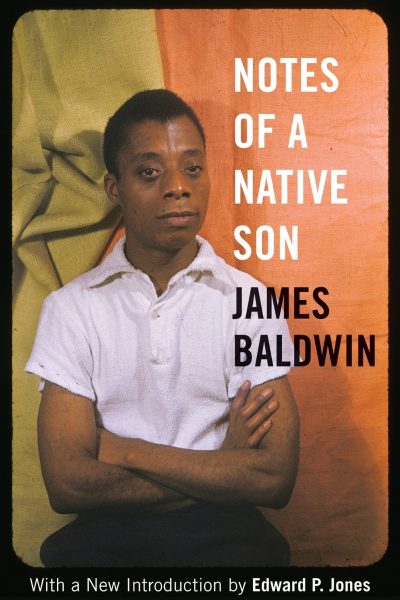 Notes of a Native Son

A collection of ten essays by James Baldwin, published in 1955, mostly tackling issues of race in America and Europe. The volume, as his first non-fiction book, compiles essays of Baldwin that had previously appeared in such magazines as Harper’s Magazine, Partisan Review, and The New Leader. 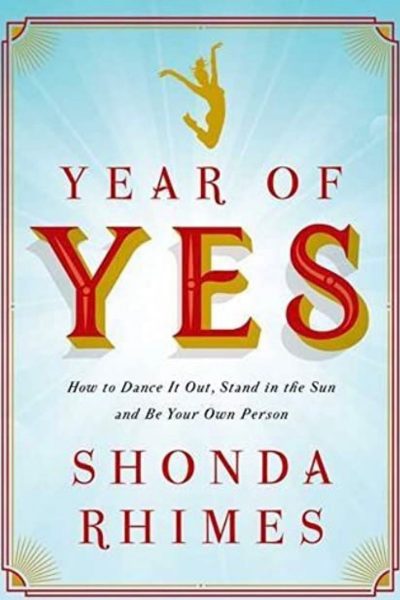 The Year of Yes

This poignant, intimate, and hilarious memoir explores Shonda’s life before her Year of Yes—from her nerdy, book-loving childhood to her devotion to creating television characters who reflected the world she saw around her. The book chronicles her life after her Year of Yes had begun. When Shonda forced herself out of the house and onto the stage when she learned to explore, empower, applaud, and love her most authentic self. Yes. 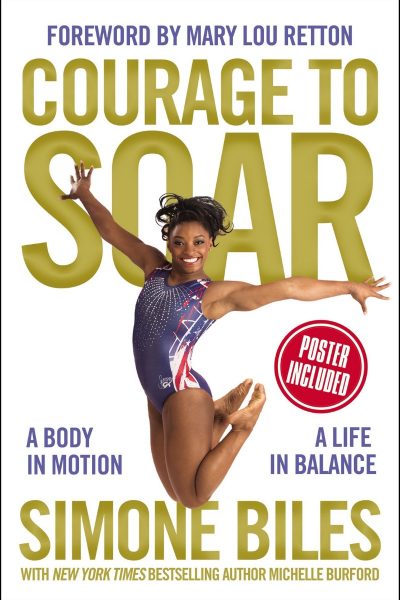 The official autobiography from four-time Olympic gold-winning and record-setting American gymnast Simone Biles. Simone shares how her faith, family, passion, and perseverance have made her one of the top athletes and gymnasts in the world. And how you too can overcome challenges in your life. 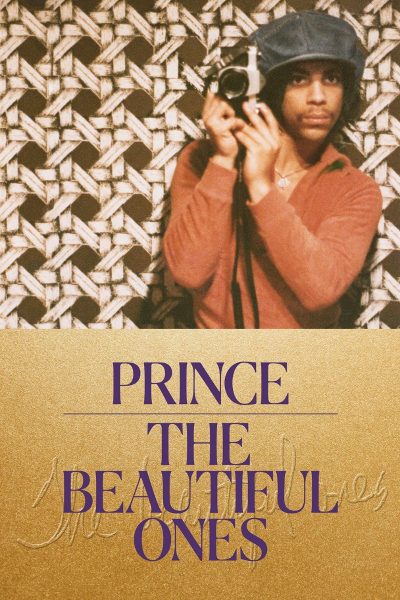 Prince: The Beautiful Ones

The Beautiful Ones is the story of how Prince became Prince. A first-person account of a kid absorbing the world around him and then creating a persona, an artistic vision. And a life before the hits and fame that would come to define him. The book is told in four parts. 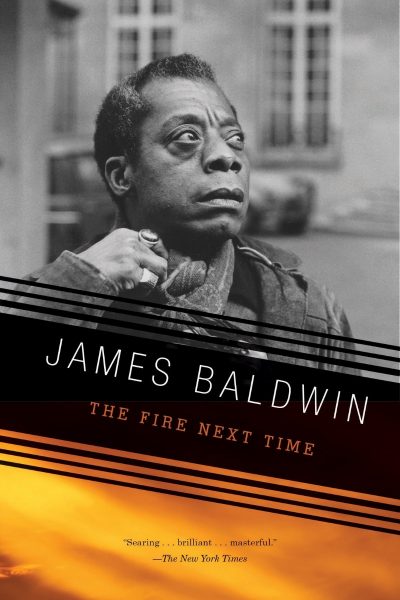 The Fire Next Time

In The Fire Next Time, the legendary American novelist includes two essays: My Dungeon Shook: Letter to my Nephew on the One-Hundredth Anniversary of the Emancipation and Down at the Cross: Letter from a Region of My Mind. Both of which dissect race, religion and the true meaning of the American dream. 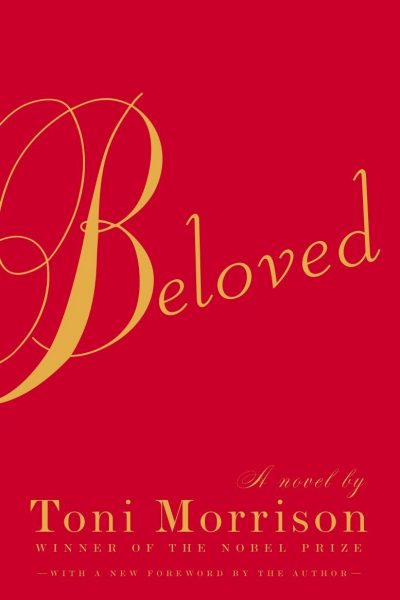 A masterpiece about Southern horrors and the haunting nature of slavery: through the protagonist. Sethe, the reader comes to understand how the brutality of enslavement leaves a psychological. And emotional imprint that lasts for generations. 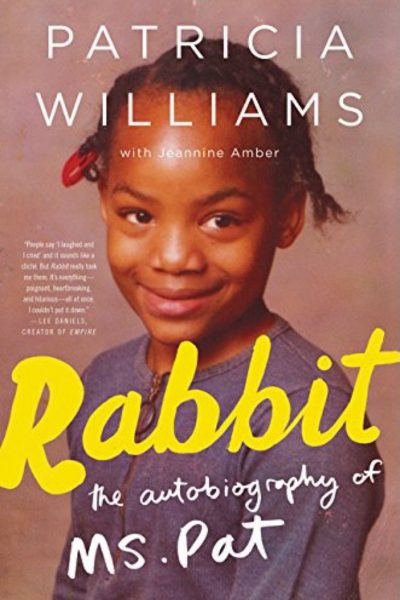 Patricia Williams (aka Ms. Pat) was born and raised in Atlanta at the height of the crack epidemic. One of five children, Pat watched as her mother struggled to get by on charity, cons, and petty crimes. At age seven, Pat was taught to roll drunks for money. At twelve, she was targeted for sex by a man eight years her senior. By thirteen, she was pregnant. By fifteen, Pat was a mother of two. 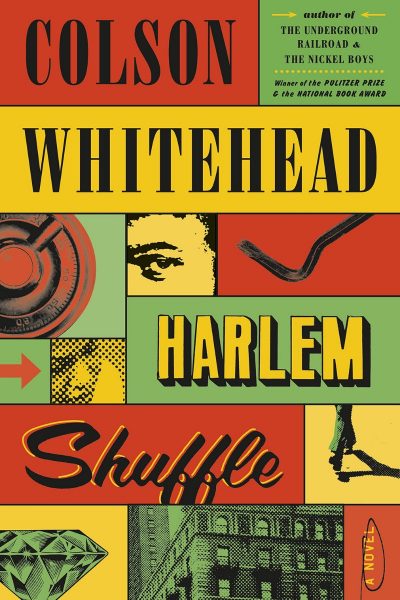 Colson Whitehead’s new release, Harlem Shuffle, follows two Pulitzer-winning novels. The Underground Railroad and The Nickel Boys. Set in 1960’s Harlem, the book is a family saga masquerading as a crime novel, a social novel about race and power, a noir thriller, and a hilarious morality play. 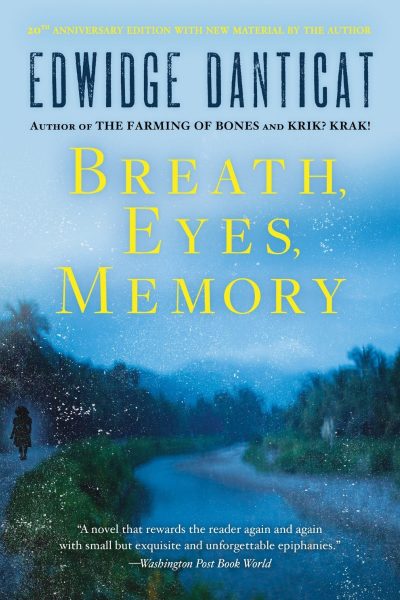 Set in the 1980s and early 1990s, Breath, Eyes, Memory refers to many sociopolitical events and struggles in Haiti and within the Haitian diaspora in Brooklyn. 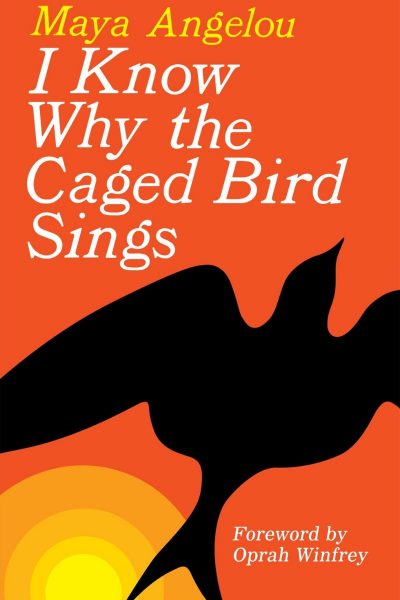 I Know Why The Caged Bird Sings

In this coming-of-age memoir, acclaimed writer and poet Maya Angelou details her experiences with racism, sexual trauma, and violence she experienced as a young girl. Years later, she finds the freedom to heal through great literary works from authors such as William Shakespeare, the kindness of others, and ultimately, self-love. This story, the first in a seven-volume series, is essential reading not only for Black History Month but for life. 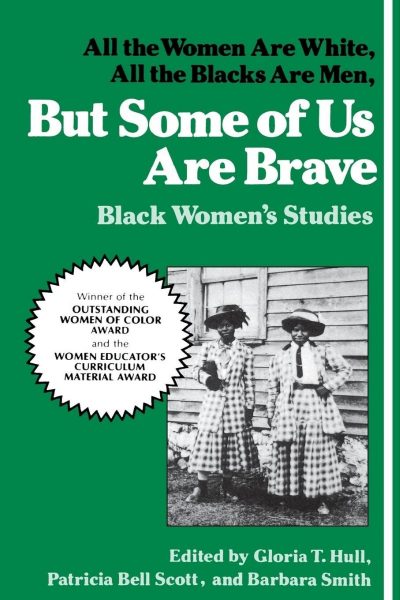 But Some of Us Are Brave: Black Women’s Studies

Published in 1982, But Some of Us Are Brave was the first-ever Black women’s studies reader and a foundational text of contemporary feminism.

Featuring writing from eminent scholars, activists, teachers, and writers, such as the Combahee River Collective and Alice Walker, All the Women Are White, All the Blacks Are Men. Still, Some of Us Are Brave challenges the absence of Black feminist thought in women’s studies, confronts racism and investigates the mythology surrounding Black women in the social sciences. 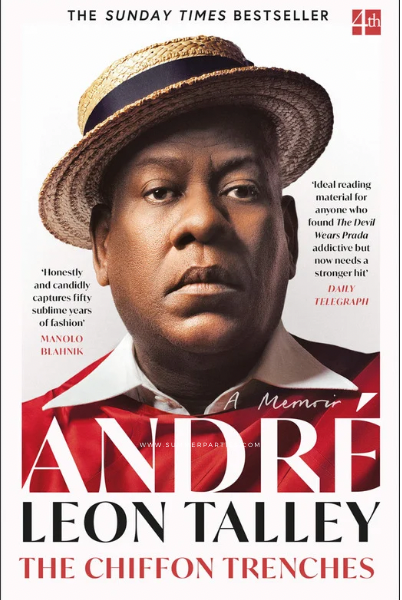 The Chiffon Trenches: A Memoir

The Chiffon Trenches offers a candid look at the who’s who of the last fifty years of fashion. At once ruthless and empathetic, this engaging memoir tells with raw honesty the story of how André not only survived the brutal style landscape but thrived—despite racism, illicit rumors, and all the other challenges of this notoriously cutthroat industry—to become one of the most renowned voices and faces in fashion. 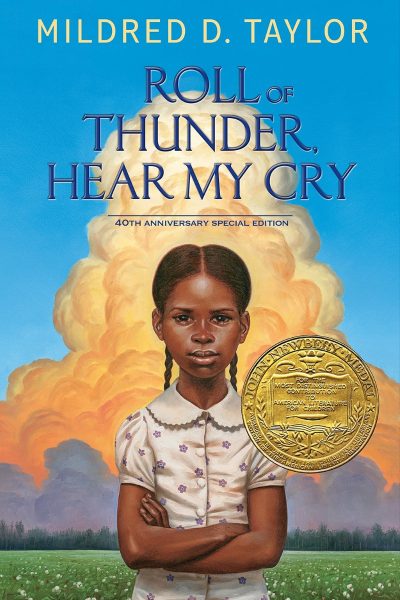 Roll of Thunder, Hear My Cry

Set during the Depression, this Newbery Award-winning novel follows a proud black family as they struggle against the tides of racism, debt, and staggering injustice. Often assigned in schools, this novel is just as good for adults as it is for teens and tweens. 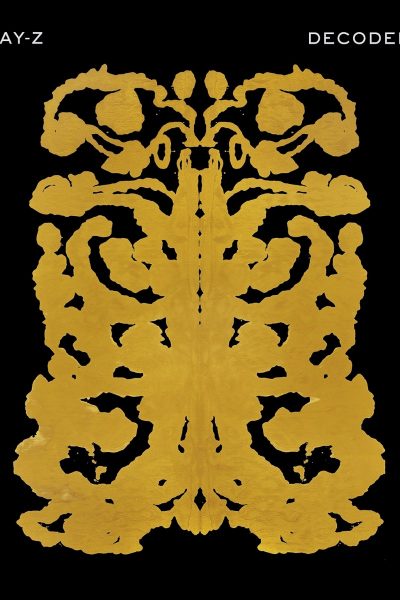 A book like no other: a collection of lyrics and their meanings that together tell the story of a culture, an art form, a moment in history, and one of the most provocative and successful artists of our time. 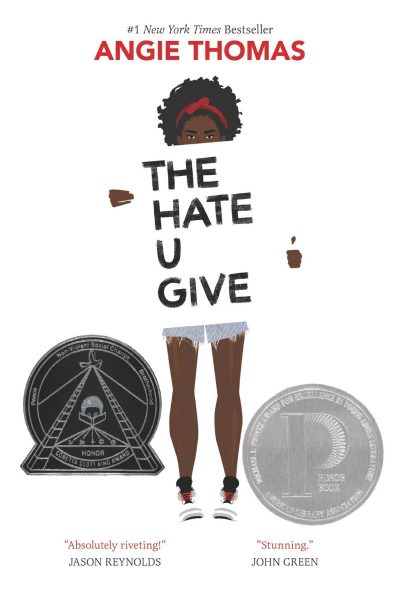 The Hate U Give

A timely and gripping read, Gives us insight into the lives of African Americans through the eyes of a high school girl. She tells the reader what it means to be black in the eyes of law.

A heartbreakingly and powerfully moving tale of a teenage girl named Starr who witnesses the fatal shooting of her best friend Khalil by a police officer. The story depicts the protests, media frenzy and impact that his death has on Starr, her family and her community, and emphasizes the need to speak up about injustices and start conversations on racism, police brutality and the Black Lives Matter movement. 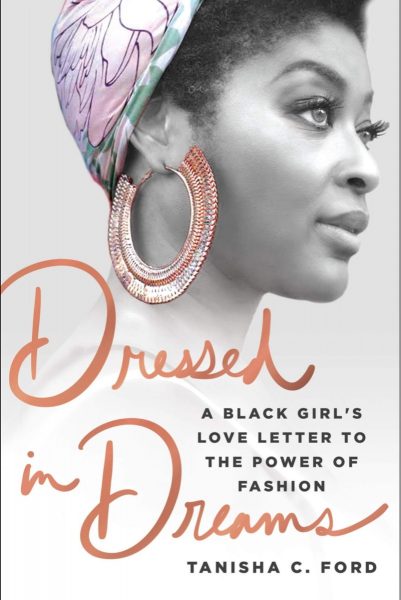 Dressed in Dreams: A Black Girl’s Love Letter to the Power of Fashion

Style and pop culture expert Tanisha C. Ford deep dives into Black women’s style across decades — from afros and dashikis in the 70s, to hip-hop influenced ’90s looks and beyond. Ford’s Dressed in Dreams is a self-described love letter to Black women and their fashion. 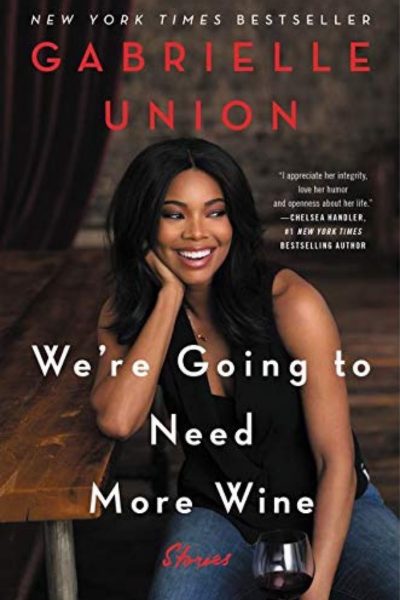 A moving collection of thought provoking essays infused with unique wisdom and deep humor. Union. uses that same fearlessness to tell astonishingly personal and true stories about power, color, gender, feminism, and fame. She tackles a range of experiences, including bullying, beauty standards, and competition between women in Hollywood. Growing up in white California suburbia and then spending summers with her black relatives in Nebraska, coping with crushes, puberty, and the divorce of her parents.

Genuine and perceptive, Union bravely lays herself bare, uncovering a complex and courageous life of self-doubt and self-discovery with incredible poise and brutal honesty. Throughout, she compels us to be ethical and empathetic, and reminds us of the importance of confidence, self-awareness, and the power of sharing truth, laughter, and support. 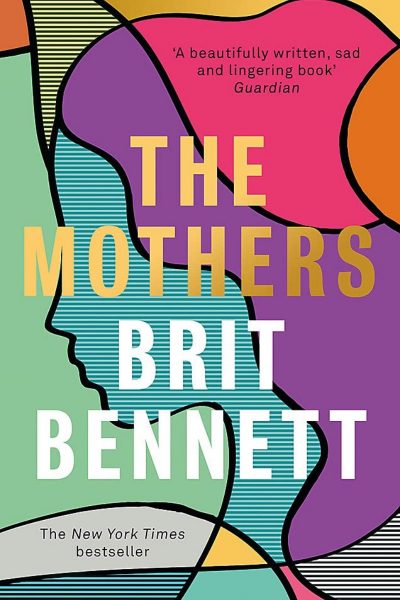 The Mothers is a book about missed chances, and how the possibilities of all that can never stay with us forever. Nadia Turner, a seventeen-year old beauty mourning the death of her mother, starts a heady summer romance with Luke Sheppard, the pastor’s son whose football injury has forced him to wait tables at a diner instead of chasing football stardom. When Nadia becomes pregnant, she keeps it a secret from everyone. 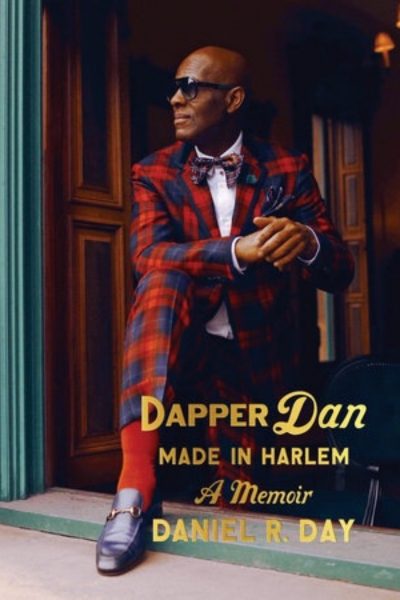 Dapper Dan Made in Harlem

With his now-legendary store on 125th Street in Harlem, Dapper Dan pioneered high-end streetwear in the 1980s, remixing classic luxury-brand logos into his own innovative, glamorous designs. But before he reinvented haute couture, he was a hungry boy with holes in his shoes, a teen who daringly gambled drug dealers out of their money, and a young man in a prison cell who found nourishment in books. In this remarkable memoir, he tells his full story for the first time. 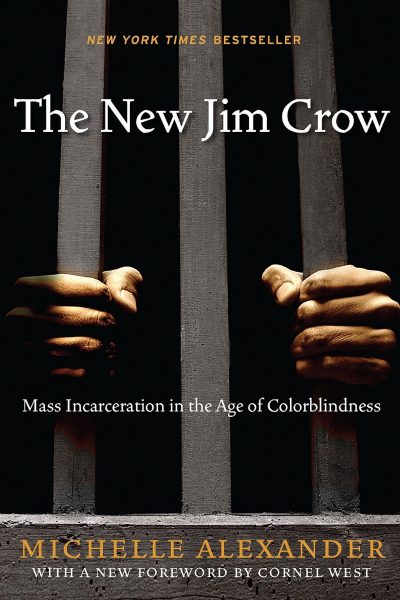 One of the most important, interesting and devastating African-American books, The New Jim Crow is a must-read. It is informative and enlightening, with a writing that is impactful, yet easy to follow.

This book reveals uncomfortable truths about the complex system of racism still prevalent in the US. And how this system has impacted incarceration rates. 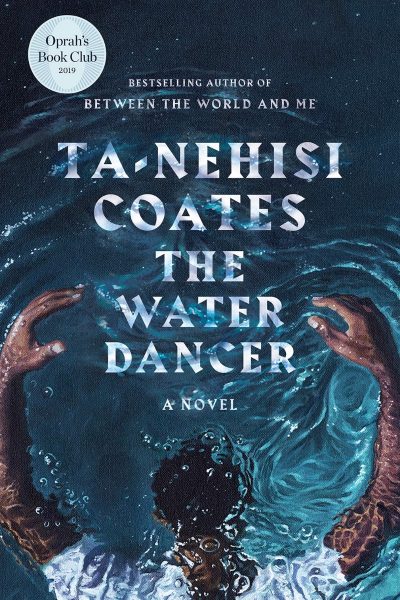 A remarkable work of Black literature. A powerful tale of bondage, freedom and love. The narrative is gripping, and the plot original and well-executed.

A must-read African American book, The Water Dancer is a heart-wrenching tale that weaves historical fiction with magic realism. 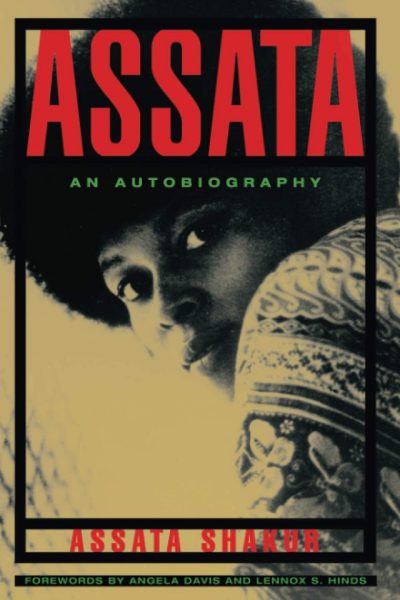 Written from Cuba, where she currently has asylum, Assata explores Assata Shakur’s journey to becoming revolutionary. Shakur discusses many events in her life, focusing on the aftermath of the notorious New Jersey State Turnpike shooting. Which led to Shakur being convicted and imprisoned due to the murder of a police officer (although she later escaped and fled to Cuba)

Comment Below: What is your favorite book about Black History or Being Black in America